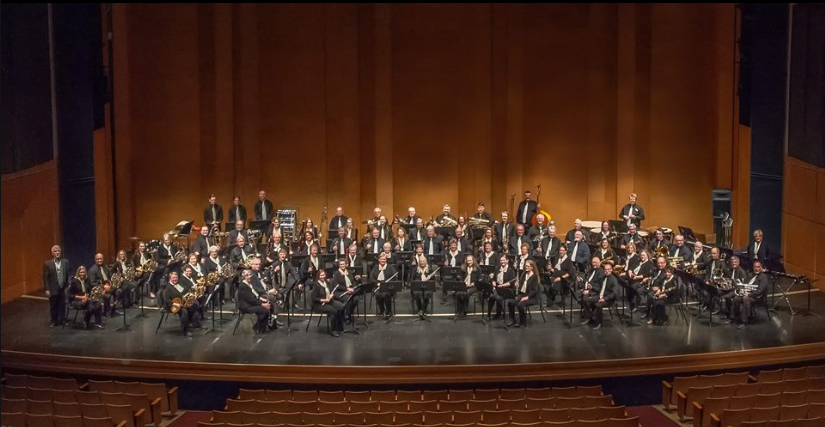 Join us for an evening of some of the very best music of decades past at the next Allouez Village Band Concert Monday, March 18. The full 75-member band will be back to entertain you with music from 1920s to 1990s, plus they’ll have a few surprises along the way.Doors to the Meyer Theatre open at 6 p.m. The free concert is being sponsored by Schroeder’s Flowers. Donations will be accepted following the concert.

Here’s what the Allouez Village Band has in store for the evening:

1920s: “Gershwin!” featuring “Fascinating Rhythm,” “Embraceable You,” “Somebody Loves Me,” “Someone to Watch Over Me” and “I Got Rhythm.”

1940s: “The Homefront: Musical Memories of World War II,” featuring “It’s Been a Long, Long Time,” “Thanks for the Memory,” “Bell Bottom Trousers,” “(They’ll Be Bluebirds) The White Cliffs of Dover,” “Don’t Sit Under the Apple Tree (With Anyone Else But Me)” and “Praise the Lord and Pass the Ammunition.”

1960s: “The Big Picture (Epic Movie Themes)” which features music from the movies Lawrence of Arabia, The Bridge on the River Kwai, Doctor Zhivago and Exodus.

1970s: Still going strong today is the jazz rock band Chicago. During “Pop and Rock Legends: Chicago” the band will perform “Make Me Smile,” “Does Anybody Really Know What Time It Is?” “Saturday In the Park” and “25 or 6 to 4.”

We can’t wait to share these classics with you at our next concert. Why not invite someone new along to show them what all the fun is about at the Allouez Village Band concerts?