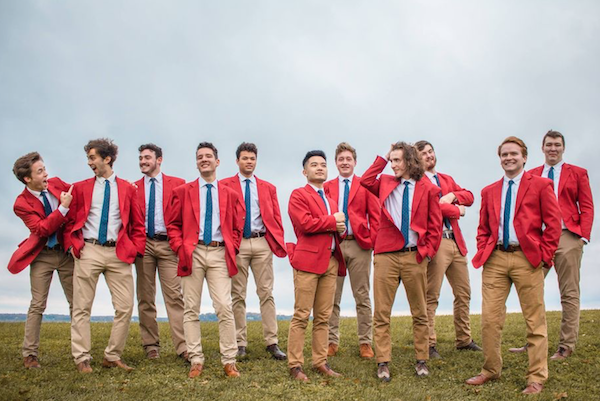 The MadHatters, the premier men’s a cappella group from the University of Wisconsin, return to the Ashwaubenon P.A.C. on Saturday, March 5 at 1:00 p.m. Composed of 12 singers and one beatboxer, the group weaves deft melody and impeccable harmony, covering past and present pop hits, from Hall & Oates to Hozier.

The MadHatters became the first established a cappella group at the UW-Madison campus in 1997. Their popularity grew over the years, and now they perform regularly in front of sold-out venues. The group has recorded nine albums, all met with acclaim, including a collection of Badgers gameday songs called “Red White and Blazers.” They have traveled all over the United States and internationally, performing at the White House, Lambeau Field and the PGA Championship.

The MadHatters’ upcoming performance is sponsored by Margarita’s and presented as part of the Ashwaubenon P.A.C.’s Brodhagen Dental Care Touring Series.

The Ashwaubenon Performing Arts Center is a state-of-the-art, 730-seat performance venue built for the artistic and theatrical enrichment of the students and community members of the Village of Ashwaubenon and surrounding areas. The Ashwaubenon P.A.C. serves as home to school and community musicals, plays, concerts, and theatre programs and actively presents regional, national, and international touring entertainment.