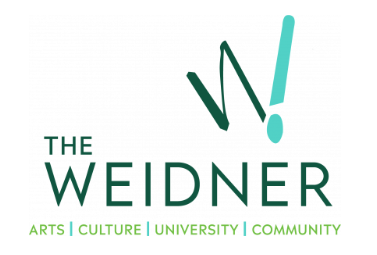 Starting Wednesday, June 22, 2022, The Weidner will look and feel fresher than ever before, including the unveiling of a brand-new logo, a redesigned website and a re-energized mission to provide access to the arts for all of the Greater Green Bay Area. Says UW-Green Bay Chancellor Michael Alexander:

“The Weidner is a cultural treasure for our community and through it, UW-Green Bay is fortunate to be able to offer stellar artistic and cultural programs for the region we serve. As our university works toward equitable access to education, The Weidner plays a key role in providing equitable access to the arts for all. With its first new logo in 30 years and a slate of fresh programs for this fall and winter, The Weidner at UW-Green Bay is on the rise!”

“Many of us in the performing arts are operating with a much deeper sense of appreciation and joy heading into this next season. At The Weidner, there is a palpable energy and eagerness to get back to it at full speed. The rebrand is a great way to mark the important chapter in our history as we consider what it means to bring the arts to all. That is reflected not just in the programs that happen in our building, but what we can do outside of our building as well. Follow us on social media and subscribe to The Weidner Wire e-newsletter at WeidnerCenter.com to see The Weidner and its programming popping up in classrooms, in neighborhoods, The Weidner Downtown and more. A new logo is just the beginning.”

With this striking makeover comes the most diverse and surprising slate of events in The Weidner’s 30-year history. Alongside popular performances such as The Illusionists: Magic of the Holidays, The Weidner will welcome the indigenous musicians and performing artists Supaman, and Mike + Bone, and the internationally acclaimed African-American dance company Step Afrika!

Weidner Philharmonic kicks off its third concert season with a program dedicated to the work of women composers in a September season opening entitled Women’s Work. Northeastern Wisconsin Dance Company (NEWDO) will join the Weidner Philharmonic once again for Green Bay’s only The Nutcracker ballet with live symphony orchestra.

See The Full List of Events Just Announced at The Weidner HERE.