Paul McCartney was a cherubic 14-year-old when he penned a young boy’s perspective of his father turning 64. When I’m 64 is a wistful melody concealing a tinge of sadness over the thought of being forgotten.

The song laid around for 12 years before finding its voice on one of the most celebrated albums in history, The Beatles’ landmark Sgt. Pepper’s Lonely Hearts Club Band.

Two days ago, on December 13th, Sir Paul’s simple but gravity-laden lyrics flashed in my mind as the 64th birthday of the very last 1957 Ford Thunderbird ever produced came and went without anyone really noticing. 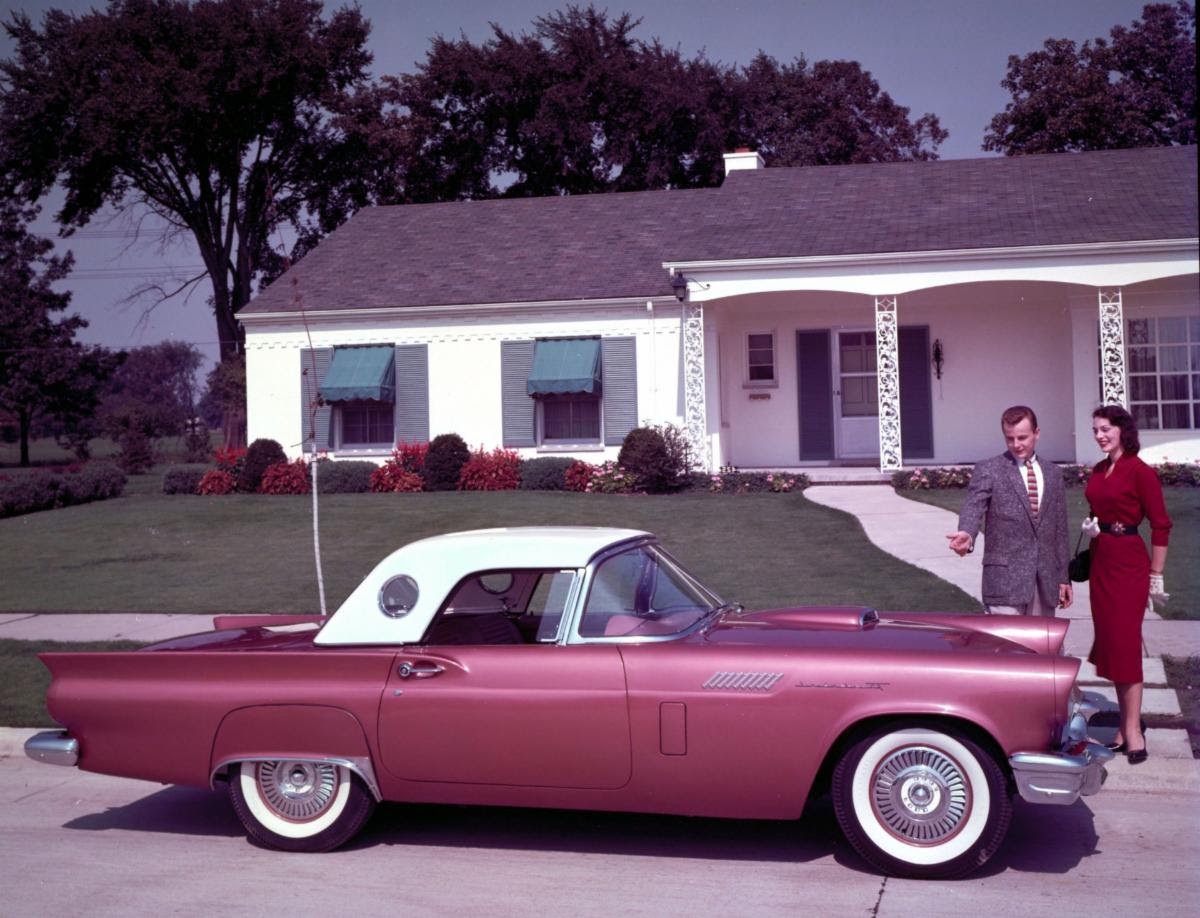 One glance and we are instantly transported back to the 1950s, a romantic time in our nation’s history when the American Dream was propelling us toward prosperity and a life of promise.

Many dreamed of owning a 1957 Thunderbird. For most, that dream was well beyond their grasp since it required a full year’s salary! Of the nearly 1.7 million cars Ford sold in 1957, just 21,380 were Thunderbirds. In complete contrast to its rival, the Corvette, the Thunderbird was marketed as a sports car for the country club making it the very definition of what was possible if you just worked hard enough.

What should have been a victory lap for a great American sports car in 1957 degenerated into a cage match of inflated egos and eccentricities within the walls of Ford’s corporate offices in Dearborn, Michigan.

Like vying for the affections of a high school prom queen, Ford designers, engineers and executives lined up to wrestle for control of the steering wheel on the project.

Feelings were hurt, careers damaged, and history altered. Just when it appeared the two-seater Thunderbird might survive it all, the last of the Baby Birds succumbed to the enemy within, Ford’s General Manager Robert McNamara whose design instincts were as dull as a rusty butter knife.

McNamara wielded the largest club and decided what America really needed was a 4-seater Thunderbird, ignoring the fact that the Thunderbird was outselling the Corvette by more than a 3 to 1 margin.

The decision was made, the damage done. What many T’ Bird fans hoped would be a short-term interruption turned out to be a long-term disappointment. Americans would have to wait another 45 years before a two-seater Thunderbird would return to Ford’s lineup. When it did, the new version was a poor imitation of the past and soon vanished without much more than a whimper.

Meanwhile, the 1957 Thunderbird was born a classic and has continued to appreciate in price and pedigree for more than 6 decades. I hope you will take the time to visit our beautiful red Baby Bird this holiday season on display at The Automobile Gallery. A 64-year-old has never looked more handsome! You will find it on a lift in our new Pavilion or, as I prefer to think of it, “on a pedestal” where it belongs! 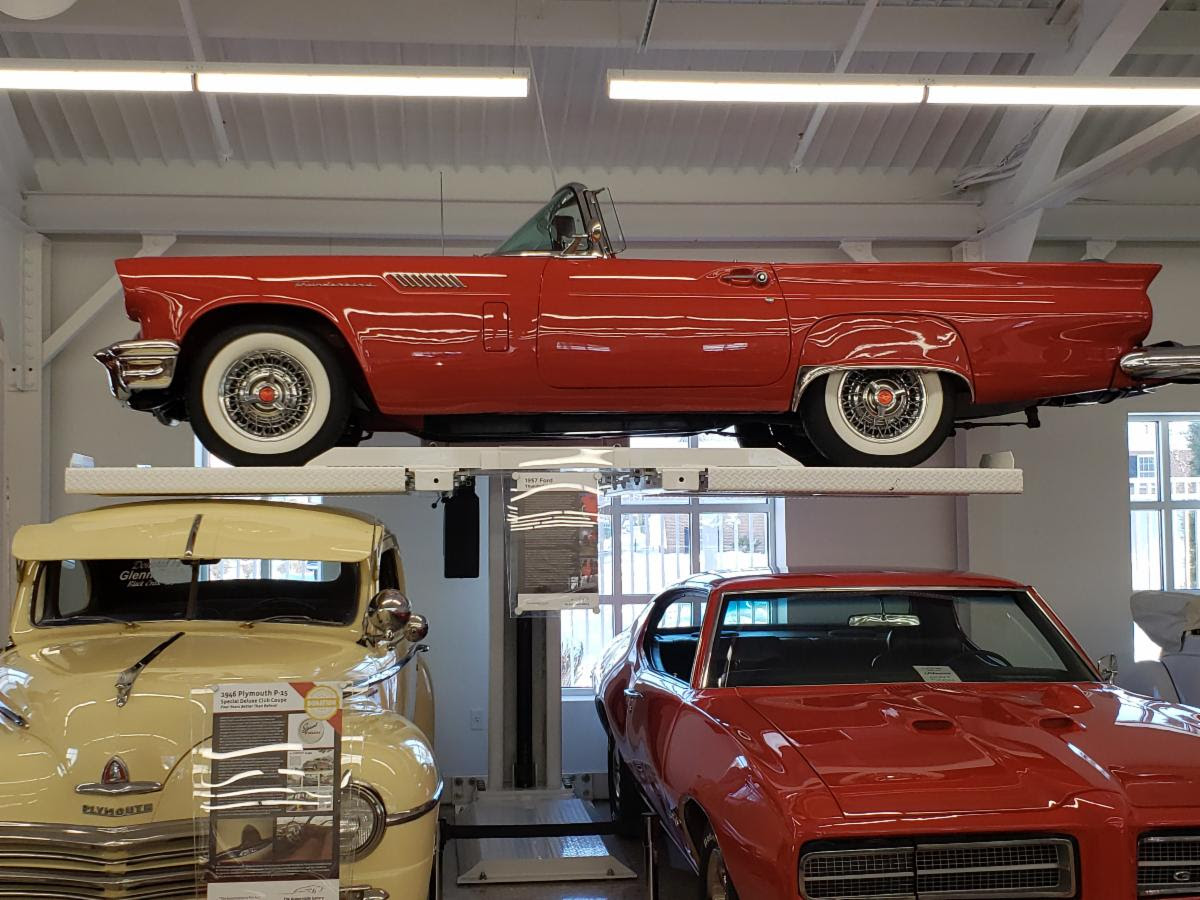 Happy Birthday Baby Bird,
and Happy Holidays to You this Blessed Season!