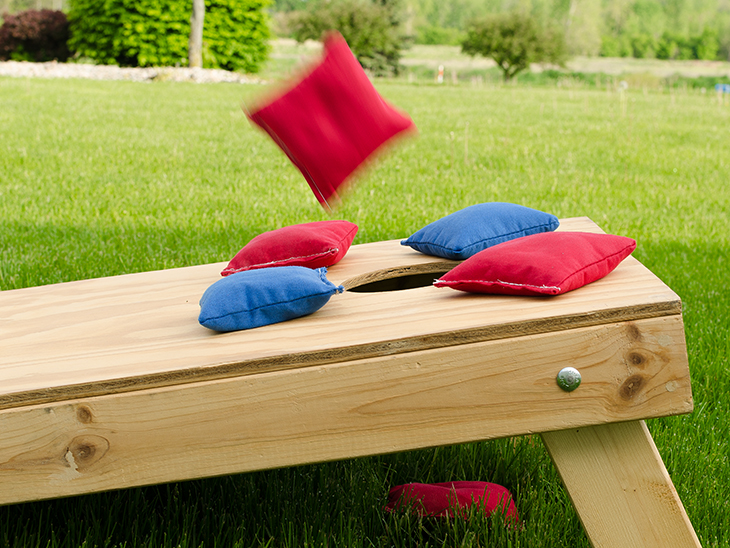 The Village of Allouez  has partnered with Zambaldi Brewery to offer each registered player a BOGO punch card to be used at Zambaldi each week of the Bean Bag League season.

Register a team by:
Sending in a completed roster (use Village Hall address below) and team fee.

All games are played at Green Isle Park, and begin at 6:00pm.

Games will begin in May. Teams will play each other twice throughout the season and will play 2 games each night. Length of season will depend on number of registered teams.

At the end of the season a tournament will be held.