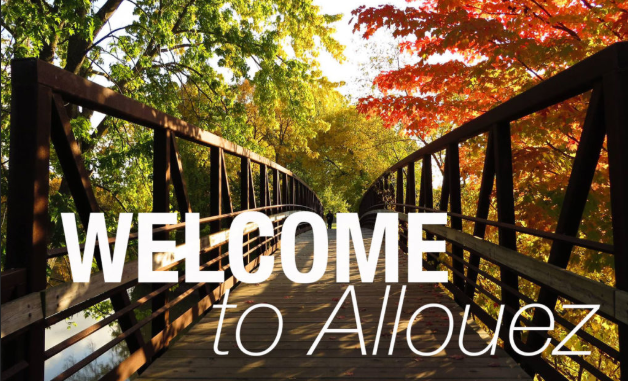 The Allouez Village Board passed a resolution during its March 3rd Village Board Meeting to officially recognize Allouez residents as “Alloueznians” (al-ooh-en’-knee-uns).

Discussion during the meeting focused on Allouez being a very special place to live and work, thanks  to the great people who have lived and currently live in our community, starting with Fr. Claude Allouez.

In part, the resolution reads: “…the Allouez Village Board believes the people of Allouez deserve a special recognition for their great commitment to our community.”

You can read the Resolution by Clicking Here.

Another honor bestowed on the people of Allouez this past week was the announcement by Allouez’s new craft brewery, Zambaldi Beer.  David and Abby Malcolm, owners of Zambaldi Beer, recently announced that they will be releasing the first “new” beer to be brewed at their Allouez brewery, and it will be named, “The Alloueznian.”

In a recent statement, David provided a description of the new brew and the reason behind the name:

“The Alloueznian Belgian Pale Ale: We named this beer in honor of the people of Allouez, who were incredibly supportive of our plan to build our brewery in the village. It gets its delicious character from a traditional Belgian yeast strain.”

The new beer should be on the taps by Tuesday, March 10th.