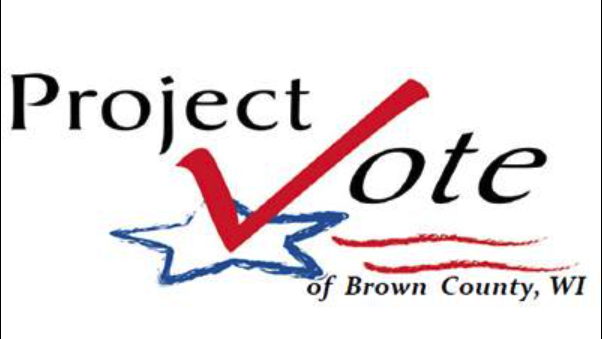 (Green Bay, Wis.) – In an election like none other in Wisconsin history, the village of Allouez and the town of Rockland captured the Voter Challenge trophies from Project VOTE of Brown County, WI. The two municipalities had the highest voter turnout percentages in their respective categories for the April 7 election.
The election took place at a historic time as Wisconsin proceeded with in-person voting while in the throes of the COVID-19 pandemic. Municipalities scrambled to send out more advance absentee ballots and adapt to poll worker shortages and last-minute state-level wrangling over whether the vote would proceed as scheduled. Some polling places saw hours-long lines on Election Day.
The town of Rockland had a turnout of 56.4% of registered voters to win the Green Division trophy for Brown County municipalities with populations below 10,000. The voter turnout in Allouez was 50.5%, the highest percentage among the larger municipalities that make up the Gold Division. It’s the fourth Voter Challenge win – and third in a row – for Allouez and the third win for Rockland.
“We want to congratulate Rockland and Allouez for their Voter Challenge wins,” said Glen Tilot, Project VOTE chair. “We also want to thank all of the voters who accepted the challenges presented by this election and made sure their voices were heard on election day. And a tip of the hat to the municipal clerks, poll workers and everyone who made the election happen.”
Project VOTE of Brown County, WI issues the voter challenge each election as way of encouraging informed voter turnout in the county.
Subscribe Today!