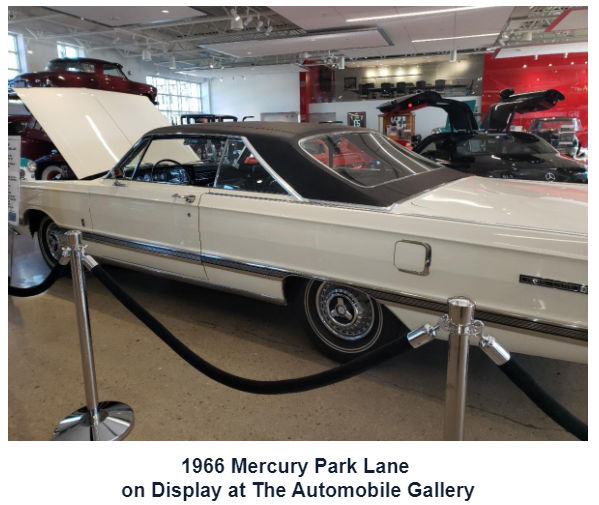 “If you are fortunate enough to get this vehicle as you want it, you should never get rid of it because there will be many that will look like it but never another one made like it!” ~Lee Iacocca

Lee Iacocca would have turned 97 years old this October 15ht. Mr. Iacocca cast a long shadow and the indelible mark he left on the automotive world can be summed up with one simple question….How many presidents and CEOs of U.S. automakers can you name past or present? One? Perhaps two? Lee Iacocca spent 32 years at Ford Motor Company, ascending to president only to be unceremoniously fired by Henry Ford II 43 years ago today, on his 54thbirthday!

The room just wasn’t large enough for the two of them, so Lee was shown the door. He left not knowing that a much larger door awaited at Chrysler.

With a voice that sounded like he gargled with gravel and a defiantly square jaw, Iacocca brought a street fighter style to the executive suite and resuscitated Chrysler as it teetered on the brink of extinction. With his face on the company and his finger on the pulse of working-class America, Iacocca saved Chrysler and became one of the most celebrated CEOs in American history.

But this story isn’t about what Lee Iacocca did for America, it is about what he did for just one man, my friend John Kroll.

Giving birth to the Ford Mustang made Lee Iacocca famous, what he did in early 1966 elevates him to immortal in my eyes. It was a typical winter day in Escanaba, MI, when 31-year-old John Kroll strolled into Northern Motor Company, the local Lincoln Mercury dealer, and ordered the fanciest and fastest car he could buy….a brand-new, top-of-the-line 1966 Mercury Park Lane. There was something extraordinary about this Mercury Park Lane though. John ordered it with the Special Police Interceptor Package. Let me put it this way, no one was going to confuse John Kroll’s creation with the cruiser Andy and Barney used to keep the locals in line back in Mayberry. One glance at the dessert tray unveils a beast ready to feast.

Nine days later, the front office at Mercury realized an awful mistake had been made and quickly cancelled John’s order. This is where I will let John pick up his remarkable story. “I called the Lincoln-Mercury Division in Dearborn, MI to find out why my order had been cancelled. After telling my story to the receptionist, the next voice I heard coming out of the phone said, “This is Lee Iacocca can I help you with something?” A big grin washes over John’s face as he remembers, “Mr. Iacocca told me what I already knew. He informed me the reason for the cancellation was because Ford Motor Company didn’t make Police Specials in 2-door hardtops let alone for civilians.

What I said next must have been persuasive because, at the end of our conversation, Lee said, “I’ll see what can be done”. He proceeded to connect me to the manager of Limited Production Vehicles who wasn’t about to question Lee Iacocca!”

The order was placed by the Limited Production Vehicles unit and John Kroll took delivery of the only Mercury Park Lane in the world with a Police Special Interceptor Package March 22nd, 1966. The fact that John’s “one on one” with Lee Iacocca spurred the creation of a “one of one” is a story of legend. Give John Kroll credit for following Lee Iacocca’s advice:

“If you are fortunate enough to get this vehicle as you want it, you should never get rid of it because there will be many that will look like it but never another one made like it!”

Now 86, John remains the original owner 55 years later. I am so honored to have my friend share his masterpiece with The Automobile Gallery & Event Center where it will be on display beginning today on what would have been Lee Iacocca’s 97th birthday. Lee Iacocca was one-of-a-kind and so is John Kroll’s 1966 Mercury Park Lane!