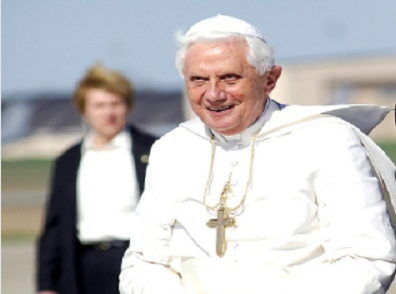 (Vatican News 31 DEC 2022) – The 95-year-old Pope Emeritus Benedict XVI passed away on Saturday at 9:34am (Rome time), Saturday, December 31st, in his residence at the Vatican’s Mater Ecclesiae Monastery.

“With sorrow I inform you that the Pope Emeritus, Benedict XVI, passed away today at 9:34 AM in the Mater Ecclesiae Monastery in the Vatican. Further information will be provided as soon as possible.” Said Matteo Bruni, Director of the Holy See Press Office.  “As of Monday morning, 2 January 2023, the body of the Pope Emeritus will be in Saint Peter’s Basilica so the faithful can pay their respects.”

Bruni also said the Pope Emeritus on Wednesday, 28th in the afternoon, received the Sacrament of Anointing of the Sick in the monastery at the end of Holy Mass, and speaking to reporters after the briefing, he said Benedict specifically asked that everything – including the funeral – be marked by simplicity, just as he lived his life.