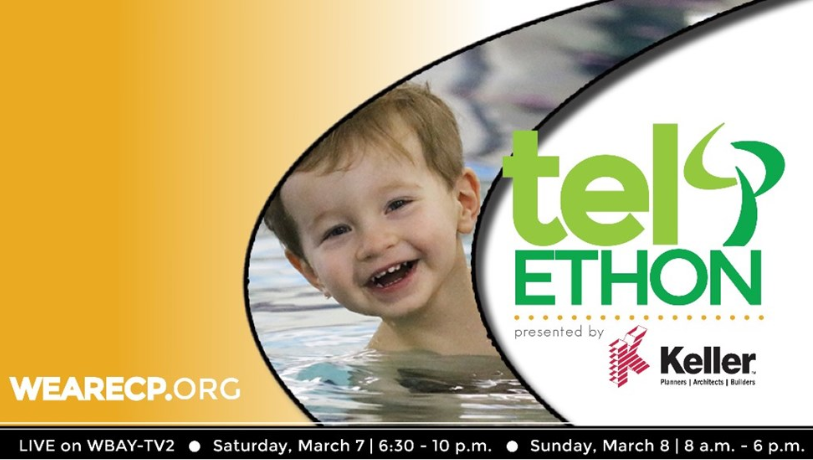 March is National Cerebral Palsy Awareness Month, and here in the Greater Green Bay area, we know it’s almost time for one of the community’s highlight events of the year — Telethon!

CP has the stage set for the 66th Annual CP Telethon, airing March 7th and 8th on WBAY-TV2.

“We are excited to be back for another year of great entertainment and sharing what we do at CP with the community,” said Kristen Paquet, Director of Marketing and Communications for CP. “We’re putting together an awesome show, full of great music and special guests you won’t want to miss.”

As always, This Year’s Telethon is jam-packed with exciting local entertainment, including Johnny Wad, The Cougars, 7000apart,NEW Piano Guys, Annex, Let Me Be Frank Productions and more.

“Our goal is to keep the energy high and have lots of fun,” Paquet said. “The music these groups will bring to the stage is pretty much guaranteeing that happens.”

Paquet says that in addition to the music, Telethon will feature many powerful and inspiring stories. “We know that a lot of people watching Telethon may never need to use CP’s services, but everyone can rally around the triumph of the human spirit,” Paquet said. “Telethon will introduce you to some pretty amazing people, each with their own story, their own goals and their own accomplishments that you can’t help but be inspired by.”

You can catch the 66th Annual CP Telethon, presented by Keller Inc., on Saturday, March 7th, from 6:30pm to 10pm, and Sunday, March 8th, from 8am to 6pm, on WBAY-TV2.  Donations can also be made online at cptelethon.org or by texting CPTelethon to 41444.