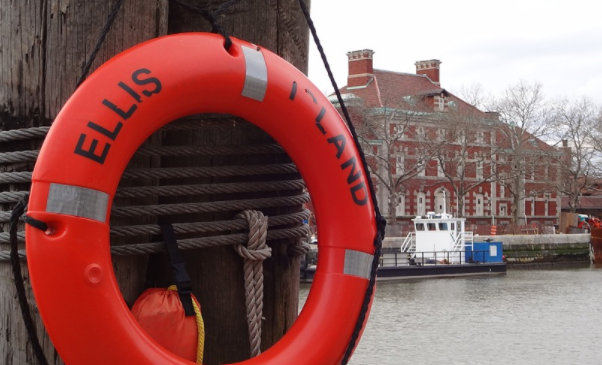 The Civic Symphony of Green Bay is seeking seven actors for our April 16, 2023 performance of Peter Boyer’s Ellis Island: The Dream of America. Video audition applications are currently being accepted and will be reviewed on an ongoing basis until all seven roles are cast. Actors of all abilities, experiences, and ethnicities are invited to audition.

Ellis Island: The Dream of America celebrates the historic American immigrant experience and the American dream. The 45-minute work is a multimedia masterpiece combining music played by the orchestra, actors reading the words of actual American immigrants, and projected historical images from the Ellis Island archives. The spoken texts for the work come from the Ellis Island Oral History Project, an historic collection of interviews with actual immigrants about their experiences emigrating to America. The work concludes with a reading of the Emma Lazarus poem The New Colossus (“Give me your tired, your poor…”), providing an emotionally powerful ending to this celebration of our nation of immigrants.

Seven actors (four female, three male)—one to read each of the seven immigrant stories, monologues delivered in the first person with musical underscoring. Preference will be given to actors who use accents to add a convincing quality to the readings, however, intelligibility of the texts is more important than “authentic” or “thick” accents.

Actors should plan to be available for rehearsals on the following dates. Specific rehearsal timing can be adjusted to accommodate individual actor scheduling conflicts, but all actors MUST be available for the dress rehearsal and touch-up at St. Norbert College.

Applicants should prepare a video audition utilizing scripts supplied in the Ellis Island Actor Audition Packet. Wearing period clothing or using props is allowed, although not required. Your video may contain multiple readings if you wish to be considered for more than one role. All applicants should also read the portion of the script with the Emma Lazarus poem.