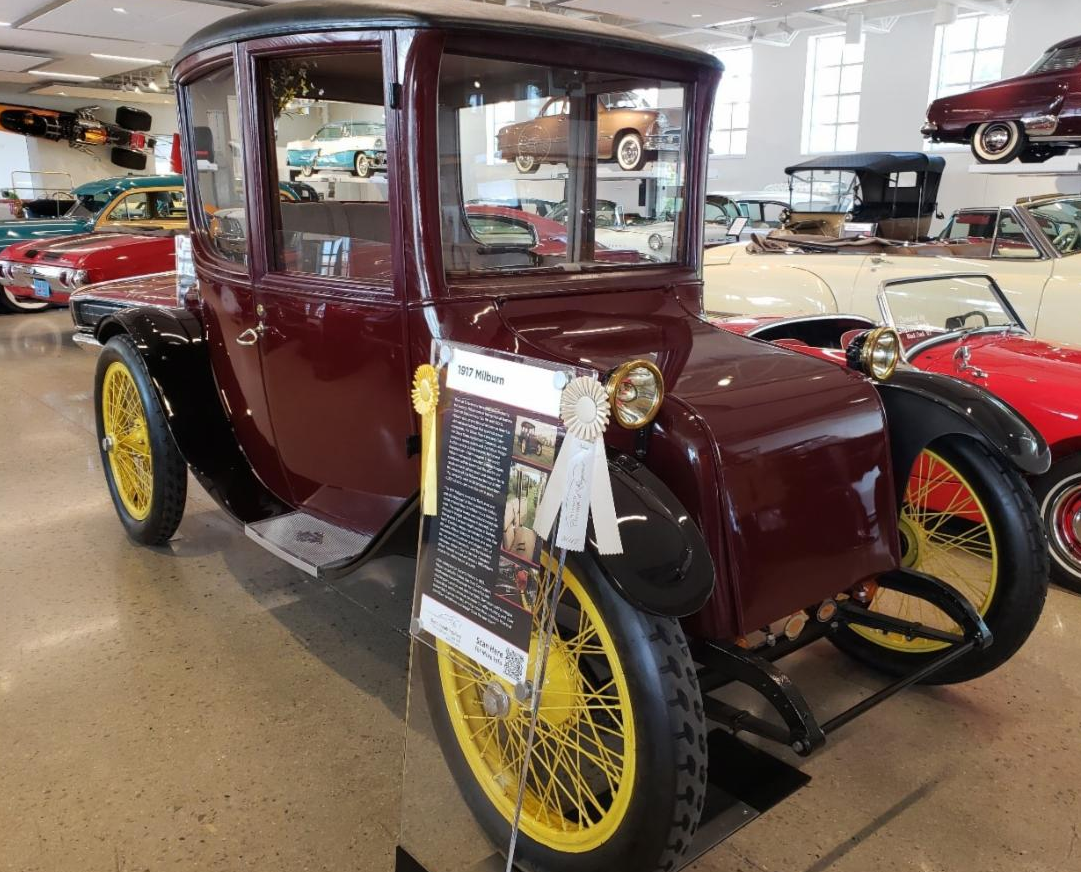 I was reading the other day with equal parts admiration and fascination about Elon Musk’s latest venture, or shall we say adventure, SpaceX. While the world watches with great anticipation to see if Mr. Musk and SpaceX can find a way to affordably land on other planets, there is no denying his ability to land on the front page. You see, creating excitement is what Elon Musk does better than anyone else on this planet or any other planet for that matter.

And create excitement is exactly what he did almost 17 years ago to the day on July 3rd, 2003 when he founded Tesla.

There are many who actually believe Elon Musk invented the electric car. They would only be off by 188 years. Robert Anderson is, in fact, credited with developing the world’s very first electric car in 1832. Others followed including George Milburn.

What, you’ve never heard of George Milburn? Then it’s time to visit the Automobile Gallery & Event Center and see our 1917 Milburn Light Electric car, one of fewer than 50 left in the world!

I had the pleasure of driving our Milburn Electric the other day and I must say it was quite a pleasure cruise. Capable of 60 miles on a charge and an inspired 19 mph top speed (remember this is 1917 we’re talking about), I was quite impressed. I am equally impressed with Mr. Milburn himself. He was a pioneer in electric power plants, co-owner of the Oliver Tractor Company and the inspiration behind a successful electric car company that was later sold to General Motors in 1923.

It seems everywhere George Milburn went there was electricity in the air, a trait he shares with none other than Elon Musk. If they were to ever meet I’m sure they would get a charge out of each other!