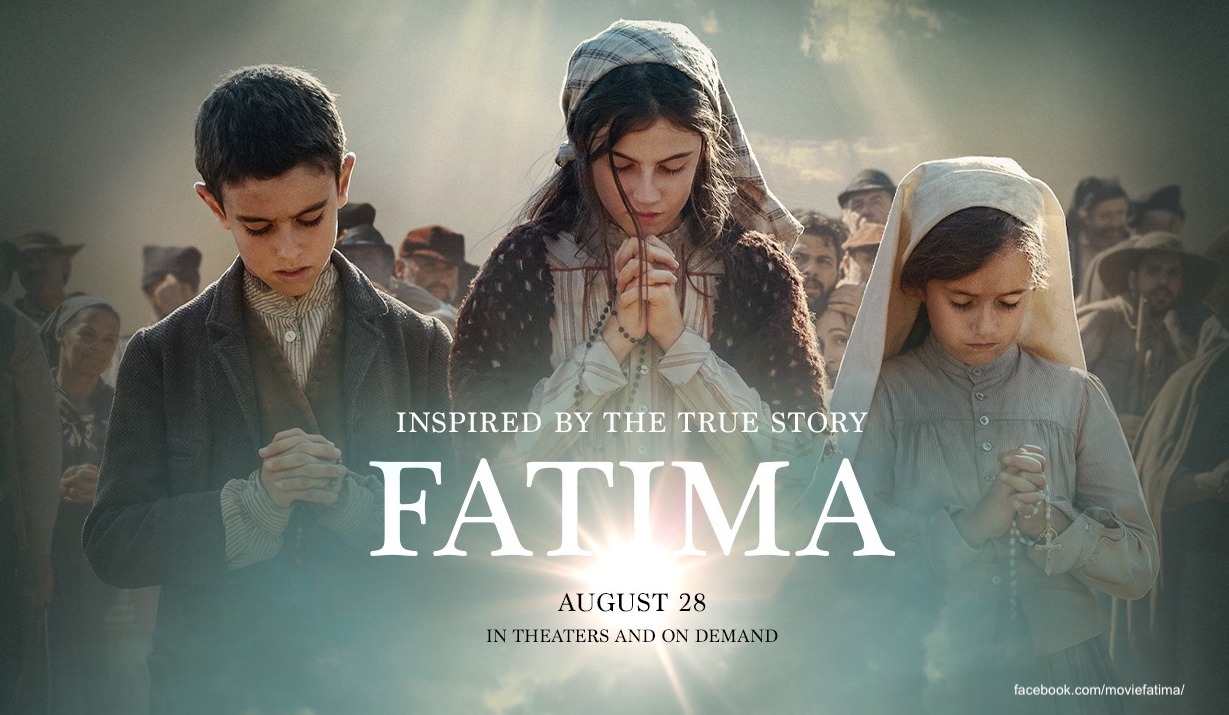 As noted at bluearmy.com, During World War I, Pope Benedict XV made repeated but forlorn pleas for peace, and finally in May 1917, made a direct appeal to the Blessed Mother to intercede for peace in the world.

Just over a week later, The Virgin Mary reportedly began to appear at Fatima, Portugal (a small village about 70 miles north of Lisbon) to three shepherd children, Lucia dos Santos, age 10, and her cousins, Francisco and Jacinta Marto, ages nine and seven.

With the notable exception of 2020 – amid the COVID-19 Pandemic – hundreds of thousands of people visit Fatima each year, particularly on (and around) the 13th days of the months of May through October; coinciding with the reported visitations of Mary to the 3 children.

The apparition of October 13th, 1917 is perhaps best known for what is commonly called The Miracle of the Sun.

Perhaps unexpectedly, the interest in – and inspirational character of Fatima extends well beyond the anticipated and natural Catholic audience.  Many of those visiting Fatima each year are of the Protestant, Muslim, and Jewish faiths.

Fatima is distributed by Picturehouse, a company headed by Green Bay native Jeanne Reinhart Berney and her husband Robert.

View the movie trailer by clicking on the image below.

While the movie isn’t currently scheduled to be shown on the big screens of Green Bay, you can stream the movie on one of several streaming services.  You can purchase tickets to view from the comfort of your home by visiting the movie website.