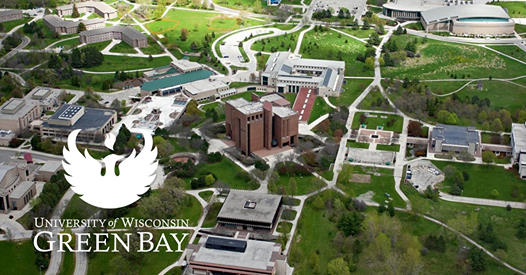 Fly With The Phoenix Collective, a Green Bay based non-profit NIL organization, recently announced that it will provide UW-Green Bay student athletes a platform to give back to the greater Northeast Wisconsin region.

UW-Green Bay alumni Jeff Nordgaard, Jen Wellnitz, and Erich Quidzinski are joining several area business people as advisors in the collective, which is being led by Executive Director Jess Miller.

“As the landscape of college athletics continues to evolve, we are extremely excited to announce this collective that will not only benefit the student athletes, but the community as a whole,” said Miller. “We are a third party organization that has no affiliation with UW-Green Bay.”

The collective was formed following the decision by the National Collegiate Athletic Association (NCAA) allowing student athletes to be compensated for use of their names, images, and likenesses (NIL). Fly With The Phoenix will be working directly with UW-Green Bay student athletes to compensate students for participating in community-focused work, events, and programs.

“As Wisconsin’s only Division One University north of Madison, the student athletes at UW-Green Bay are uniquely positioned to impact this region of the state in numerous ways,” said Nordgaard. “ We feel the collective is the conduit that can make that happen more quickly, and is something we’ll be focusing on.”

Fly With The Phoenix is looking to partner with area non-profit organizations and businesses. Partner affiliations will be announced in the coming weeks.

Initial support from the collective will go toward Men’s and Women’s Basketball, Men’s Soccer, and Women’s Softball. As the landscape of NIL continues to evolve, so will the focus of the collective, as it will evaluate the possibility of supporting additional teams.

Those interested can learn more about the collective HERE.