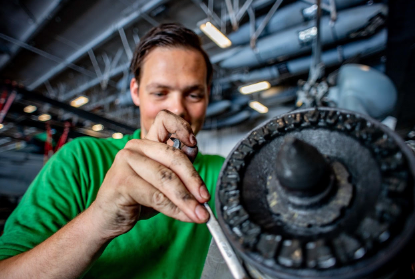 The Harry S. Truman Carrier Strike Group is on a scheduled deployment in the U.S. Naval Forces Europe area of operations, employed by U.S. Sixth Fleet to defend U.S., Allied and Partner interests.

With more than 90 percent of all trade traveling by sea, and 95 percent of the world’s international phone and internet traffic carried through fiber optic cables lying on the ocean floor, Navy officials continue to emphasize that the prosperity and security of the United States is directly linked to a strong and ready Navy.

The Green Bay News Network salutes Aviation Machinist’s Mate 1st Class Cory Luckett and all those who serve in our armed forces.