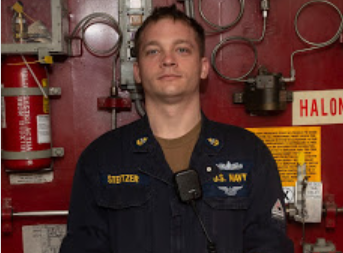 “My favorite part of the job is teaching sailors how to combat different casualties while on board a Naval ship,” said Steitzer.

During the COVID-19 pandemic, the crew of Nimitz embarked aboard the aircraft carrier for a nearly month-long sequester in its homeport of Bremerton, Washington, April 1, 2020. Nimitz then departed to the waters off the coast of Southern California to be joined by the rest of Nimitz Carrier Strike Group (NIMCSG) for integrated training prior to deploying June 8, 2020.

Nimitz was the first aircraft carrier to successfully deploy in the midst of the COVID-19 pandemic with no reported cases aboard.

“I am incredibly proud of this remarkable crew who have completed all assigned tasks and missions with great precision and professionalism over the course of a very long deployment,” said Capt. Max Clark, Nimitz commanding officer. “Each Sailor aboard Nimitz can be exceptionally proud of their accomplishments and service to the nation.”

“My proudest accomplishment on deployment was being selected to Chief,” said Steitzer.  “I support the command’s mission in coordinating firefighting drills that simulate actual casualties on different scenarios that the ship may come across while on deployment.”

“My uncle is a retired gunner’s mate in the Navy, my grandfather served in the Army, and my dad served in the Air Force,” said Steitzer, “I joined the Navy to follow my uncle who joined 10 years before I did. It has been the best decision of my life.”

Nimitz is the flagship of NIMCSG, and returned to its homeport in Bremerton, Washington, following a deployment in support of maritime stability and security. 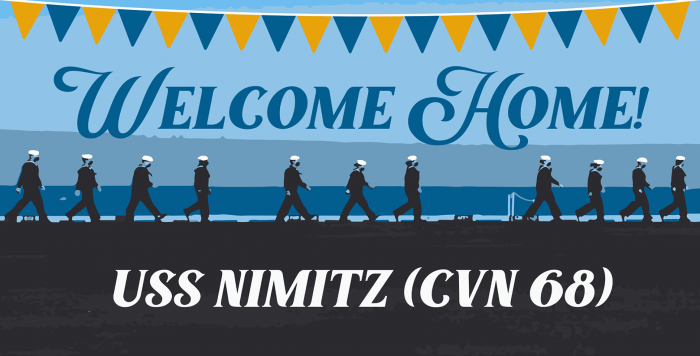