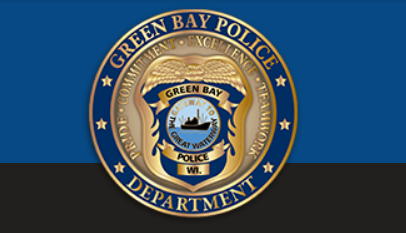 Green Bay: The Green Bay Police Department, along with partnering law enforcement agencies, have made an arrest in the 1986 Homicide of Lisa Holstead. Ms. Holstead’s body was located near what is now Ken Eures Nature Park in the City of Green Bay on August 12th, 1986.

After an exhaustive, multi-jurisdictional investigation, Law Enforcement arrested 57 year old, Lou Archie Griffin on multiple charges related to the homicide of Lisa Holstead. Law Enforcement made contact with Mr. Griffin outside his home in the City of Racine at around 6:00 am on Wednesday, October 28th. Following a lengthy interview, Mr. Griffin was arrested and transported to the Brown County Jai,l and is being held pending further court proceedings.

Investigators from Green Bay along with other local, state and federal agencies have continued to work on the case since Ms. Holstead’s body was recovered in 1986. Recent developments in the case and physical evidence were used by investigators to link Mr. Griffin to this homicide.  The Green Bay Police Department is committed to getting justice for victims of violent crimes, no matter the obstacles or the time it takes.

“Homicide investigations are never closed out and generations of detectives continue to work on these cases until they are solved,” said Green Bay Police Chief Andrew Smith. “We owe all crime victims and their families our best efforts, and we are committed to the unending pursuit of justice.”

This homicide is still under investigation, and no further information will be released at this time. The Green Bay Police Department along with partnering agencies are planning a press briefing for Monday November 2nd. Information on the briefing will be released soon.