In 1973, Senator Jennings Randolph introduced a resolution to the senate to make Grandparents’ Day a national holiday. West Virginia’s Governor Arch Moore had proclaimed an annual Grandparents’ Day for the state, at the urging of Marian McQuade.

When Senator Randolph’s resolution in the U.S. Senate died in committee, Marian McQuade organized supporters and began contacting governors, senators, and congressmen in all fifty states. She urged each state to proclaim their own Grandparents’ Day. Within three years, she had received Grandparents’ Day proclamations from forty-three states. She sent copies of the proclamations to Senator Randolph.

In February 1977, Senator Randolph, with the concurrence of many other senators, introduced a joint resolution to the senate requesting the president to “issue annually a proclamation designating the first Sunday of September after Labor Day of each year as ‘National Grandparents’ Day’.”

Congress passed the legislation proclaiming the first Sunday after Labor Day as National Grandparents’ Day and, on August 3, 1978, then-President Jimmy Carter signed the proclamation.[3][4] The statute cites the day’s purpose: “…to honor grandparents, to give grandparents an opportunity to show love for their children’s children, and to help children become aware of strength, information, and guidance older people can offer”. 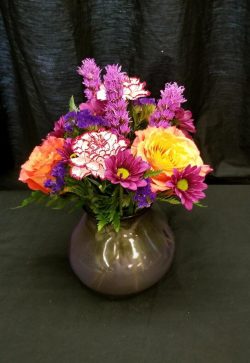 Grandparents’ Delight: Mixed colors and blooming flowers in a colorful vase $42.99up.

“Grandparents and children have a special connection that is proven to both make grandparents live longer, and also make children more emotionally resilient.

Grandparents Day is an opportunity to treasure that connection and spend some quality family time together.” 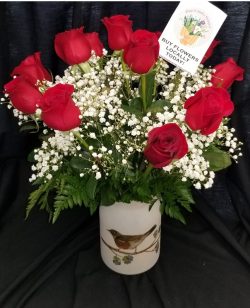 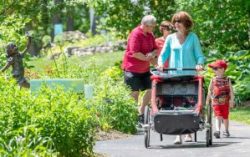