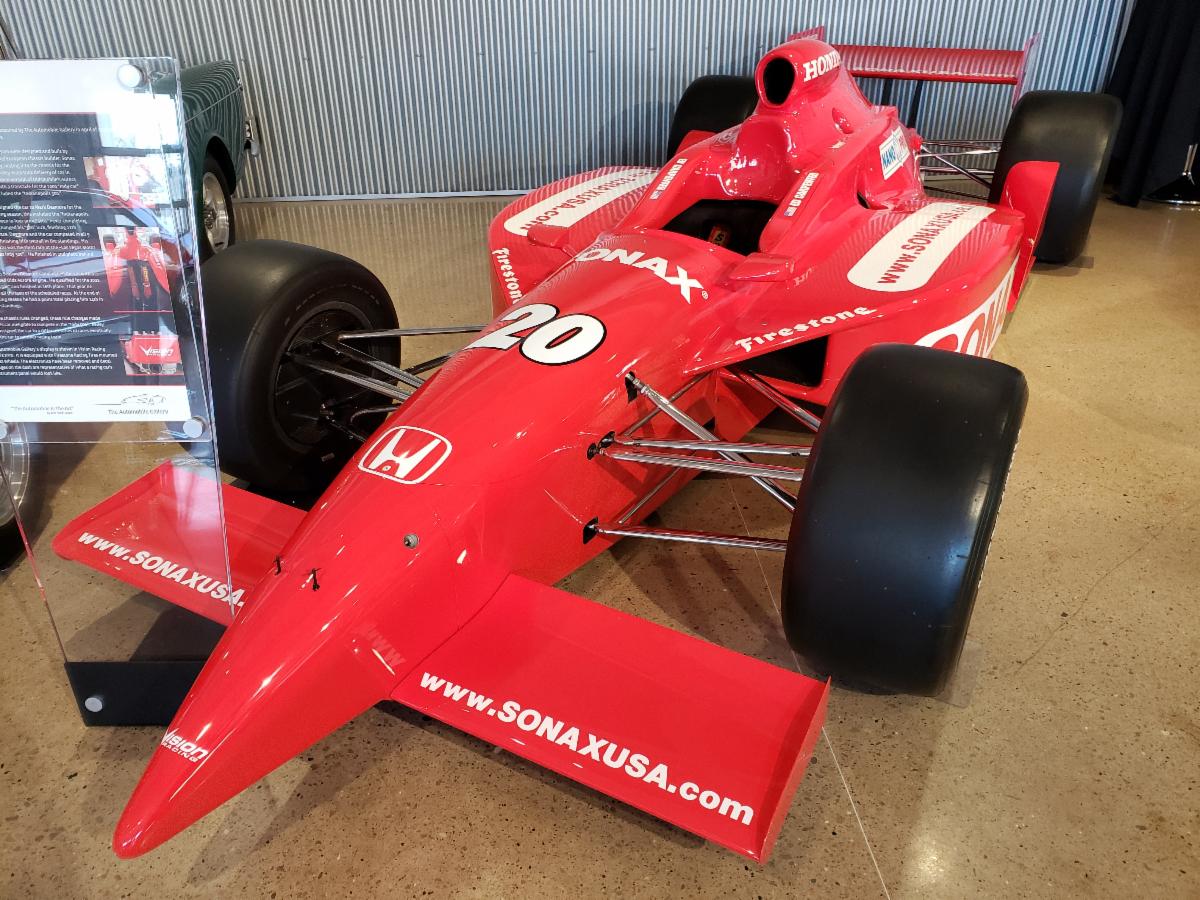 The cheers of 400,000 adrenalin-filled fans at the Greatest Spectacle in Racing have faded into quiet, admiring glances. Life is serene these days for this majestic 2001 Dallara Indy Car as it relaxes in full race trim at The Automobile Gallery as if waiting to answer the call just one more time.

Though its glory days are long gone, pride is still present. Guests who take the time to read its amazing history are transported back to a time and place when this race car lived life on the edge at 225 miles per hour and chased the most prized possession in American motor sports, the Borg-Warner trophy presented to the winner of the Indianapolis 500. 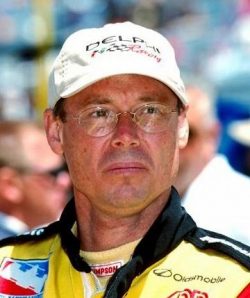 May 12th marked the 20th anniversary of Mark Dismore qualifying our 2001 Dallara Indy Car on the inside of row 2 for the 85th running of the Indianapolis 500.

Back then its wardrobe was the bright red, black and yellow colors of sponsor Delphi Technologies.

Powered by the ultra-fast and reliable Oldsmobile Aurora engine, Dismore’s 4-lap average was 224.964 mph, just an eyelash from capturing the pole. In fact, a wafer thin 1.073 mph separated the top four qualifiers that year.

What has always fascinated me about Indy Cars is that when they are dialed in the feeling is like hitting the A7 note on a Stradivarius and when they aren’t….well, it’s like wrestling a bear with a bad toothache. On May 27th, 2001, Dismore and his Dallara were one with the universe. Car and driver were dialed in and poised to make a serious run at the checkered flag. What they didn’t know was that everyone else’s universe was about to turn upside down.

Pole sitter Scott Sharp crashed on the first lap with a second crash occurring before lap 17. Add in two major rain delays that day and suddenly a month of promise turned into a day of disaster. Dismore dodged wreckage and rain drops for 500 miles and finished a frustrating 16th. It wouldn’t be his best finish at Indy but it was his best chance to win.

Dismore retired from racing following the 2002 season, but our Dallara Indy Car was destined to enjoy a second life. Vision Racing, the team owned by Tony George, President and owner of the Indianapolis Motor Speedway, purchased the car for up and coming champion Ed Carpenter, George’s stepson. A new driver, new sponsor, new paint scheme and new Honda powerplant added up to a “new” lease on life.

Carpenter has gone on to win the pole 3 times at Indianapolis and will be chasing a 4th on Qualifying Day May 22nd and his first win May 30th. Everyone at The Automobile Gallery will be rooting for one of our own to take the checkered flag.

The shelf life of any race car this side of the Saturday night short track is slightly longer than fresh fruit. There isn’t much of a retirement plan for old race cars. We invite you to visit The Automobile Gallery and see one up close that was worth saving and worth celebrating. We’re happy to display a champion that still makes hearts race just by looking at it!