This week, Craig Siminski, of CMS Retirement Income Planning, shares an article discussing how economists identify and measure economic contractions, and comparing some characteristics of past recessions:

In March 2020, most state governments ordered nonessential businesses to shut down in response to the COVID-19 pandemic. This sudden halt in business activity and the resulting spike in unemployment made a recession immediately predictable, although few had seen it coming.

On June 8, 2020, the National Bureau of Economic Research (NBER) declared that a U.S. recession began in February. This was the fastest that the NBER has declared any recession since it started making formal announcements in 1979. For the previous five recessions, it was six months to a year before the NBER announced a beginning date, and it took 15 months after a recession was over, on average, to announce the ending date.

The economy passes through a business cycle that is shaped by peaks and troughs. A peak in economic activity represents the end of an expansion and the onset of a recession.

A trough marks the end of a recession, when economic activity reaches a low point that is followed by…

Craig Siminski is a CERTIFIED FINANCIAL PLANNER™ professional, with more than 22 years of experience. His goal is to provide families, business owners, and their employees with assistance in building their financial freedom. 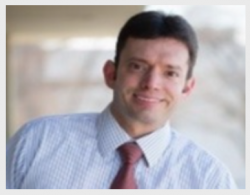