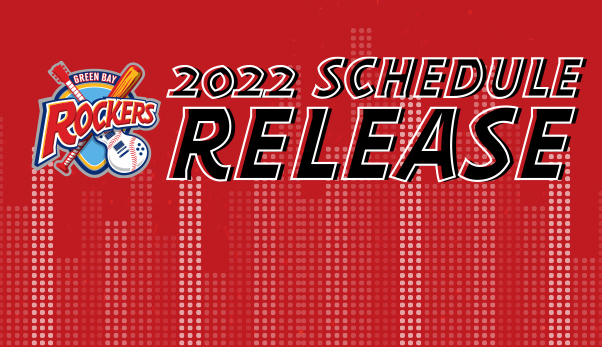 The Northwoods League released its complete schedule today for the 2022 season. The Green Bay Rockers are slated to perform for 72 regular season games next summer, half of them at home. Opening Day at Capital Credit Union Park is slated for Tuesday, May 31st at 6:35pm against the Wisconsin Rapids Rafters.

Highlights of the 2022 Rockers schedule include:

The final home game of the regular season will be Friday, August 12th against the Lakeshore Chinooks for the always popular “Fan Appreciation Night”. First pitch is scheduled for 6:35pm.

The Rockers will host the Lakeshore Chinooks on Thursday, June 16th for a day-night doubleheader at Capital Credit Union Park. Game one of the twin-bill will be a 12:05 start and the night game will commence at 6:35. There will be two separate openings for the doubleheader that day.

The Major League Dreams Showcase event, featuring the top 100 prospects in the Northwoods League as chosen by a panel of major league scouts will be held on August 2nd at Copeland Park in La Crosse. Proceeds from this marquee event support the NWL Foundation.

The full schedule can be found here: 2022 SCHEDULE