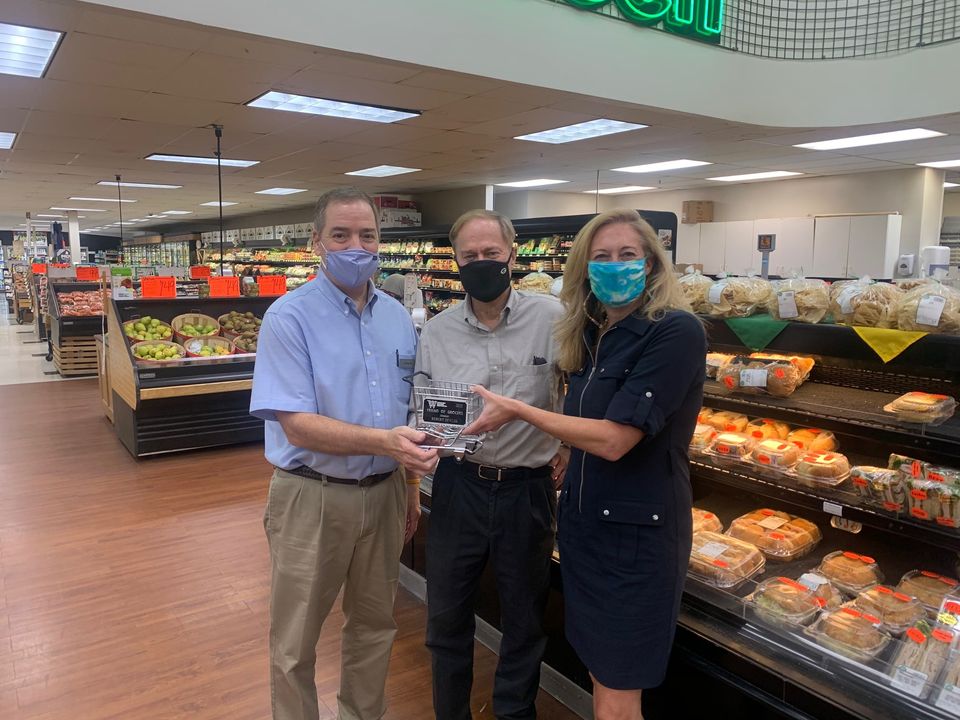 Senator Rob Cowles (R-Green Bay) was presented with the Friend of Grocers Award on September 18th, by the Wisconsin Grocers Association.

The award was presented at Don’s Quality Market in Seymour.

The Friend of Grocers award is given to legislators who score highly on the WGA’s
Legislative Report Card – an extensive study of all legislators’ performance in the 2019-2020
Legislative Session. Lawmakers are graded according to their actions on certain issues that are
especially important to the grocery industry, including: alcohol pickup and delivery, personal
property tax repeal and several other key business issues.

“Grocery stores provide so much more than nourishment by selling fresh foods, as they create community gathering places for brat fundraisers, provide employment to our family and friends, and directly and indirectly invest in our region.” said Cowles, “I was proud to receive the Friend of Grocers Award for the 2019-2020 Legislative Session.”

This is the fourth Friend of Grocers Award Senator Cowles has received. “Senator Cowles is a solid advocate of the grocery industry,” said Michelle Kussow, WGA’s Executive Vice President. “He does a great job representing his district at the State’s Capitol.”

The award was presented to Senator Cowles by Michelle Kussow and Greg Thompson, Operations
Manager of Don’s Quality Market.