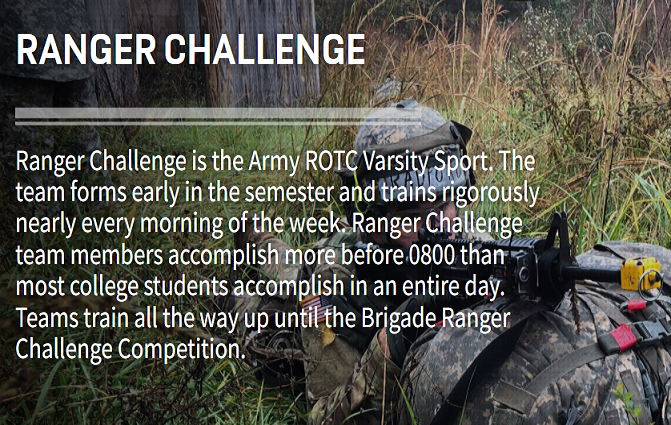 The event took place between eight teams in a competition that tested them on everything from physical strength and endurance to weapons qualifications and knot tying.

Captain Elizabeth Culshaw wrote: “Andrew Lopez, Anton Bruley and Joshua Martin are great cadets who work hard every day to better themselves, those around them, and Green Knight Company ROTC. Their dedication and commitment is reflected in their excellent performance at Ranger Challenge. We are very proud to have them in our program.”

St. Norbert College’s military science ROTC program has commissioned both active-duty and reserve-component officers for our nation’s defense — since 1936. Graduates enter the service with a well-developed sense of duty and the best attributes of strong leaders: integrity, courage, loyalty, respect, selfless service, and honor.