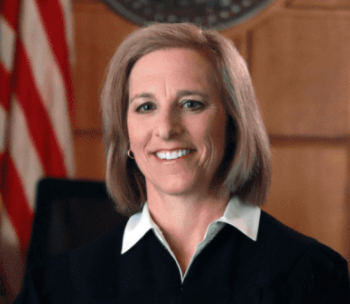 Justice Jill Karofsky, of the Wisconsin Supreme Court, will speak at a special meeting of “All Rise: A UW-Green Bay Civil Liberties Lecture Series” on Wednesday, October 19th, from 6:00pm to 7:00pm.

Before her election to the Supreme Court, Justice Karofsky served as a judge on the Dane County Circuit Court to which she was elected in 2017. Prior to becoming a judge, Karofsky was the executive director of the Office of Crime Victim Services for the state Department of Justice. She previously served as an assistant state attorney general and Wisconsin’s first Violence against Women Resource Prosecutor, an adjunct professor at the UW Law School, the general counsel and director of education and human resources for the National Conference of Bar Examiners, and as an assistant district attorney and deputy district attorney for Dane County.

Justice Karofsky’s speech will be Live-Streamed via Zoom.