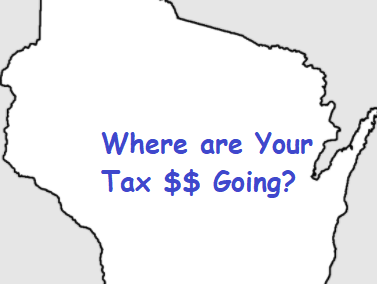 MADISON– Senator Robert Cowles (R-Green Bay) released the following statement after the Wisconsin Department of Revenue (DOR) announced that the Tax Accountability Dashboard – created by 2021 Wisconsin Act 66 which was authored by Senator Cowles and Representative Samantha Kerkman (R-Salem) – was published on DOR’s website:

“Wisconsin has a strong tradition of accountability and transparency in state government, and recent changes have brought that into the modern era. The Tax Accountability Dashboard is the next step in this ongoing effort. Act 66 is geared towards ensuring residents have a better chance to see and understand where their tax dollars are being spent by creating an accessible, clear, and upfront series of data and graphics.”

“The website prepared and published by DOR, months in advance of the deadline we set by law, meets the requirements in Act 66 and exceeds my expectations. I encourage all Wisconsinites to visit the dashboard learn more about where their tax dollars are being used in Wisconsin State Government. I want to thank Secretary Barca and his team at DOR for their efforts to make the dashboard readily available.”

The Local (by community) Dashboard may be accessed Here.

The State Dashboard can be viewed Here.