At the end of February 2020, there were more than 84,000 confirmed cases of COVID-19 — the official name of the coronavirus first reported in Wuhan, China — including over 2,800 deaths.

Most were in China, primarily in Wuhan and the surrounding Hubei province. But about 5,200 cases, including 86 deaths, had been reported in nearly 60 other countries. While the pace of new cases slowed in China, a surge in South Korea, Italy, and Iran caused concern that the virus may be difficult to contain.

This week, Craig Siminski, of CMS Retirement Income Planning, shares an examination of how China’s coronavirus-driven slowdown has affected global business activity and a look at its potential economic impact:

By mid-February, at least 150 million people in China were under restrictions affecting when they could leave their homes, and more than 760 million — about 10% of the world’s population — lived in communities under some form of travel restriction.

Most global airlines cancelled service to and from China, disrupting tourism and business travel.

The Chinese government enacted restrictions around the time of the Lunar New Year celebration, during which many businesses were closed, lessening the immediate impact.

However, as factories and other businesses remained closed after the holiday, the loss of Chinese production and consumer spending began to take a toll on global businesses.

Many U.S. technology companies have manufacturing operations in China while also selling to Chinese businesses and/or consumers.  Companies with substantial exposure to the slowdown in China include big tech brands such as Apple, Dell, Hewlett Packard, Intel, and Qualcomm, as well as many smaller tech businesses.

Vehicle manufacturers throughout the world rely on Chinese-made parts, and many have plants in China.

General Motors (which sells more cars in China than in the United States), Ford, Toyota, BMW, Honda, Nissan, Tesla, and Volkswagen all suspended operations in China, while Hyundai and Renault closed plants in South Korea, and Fiat Chrysler closed a plant in Serbia, all due to parts issues.

In addition to disruptions in the global supply chain and Chinese consumer market, the tourism industry in the United States, Europe, and other Asian countries may be hard hit by… 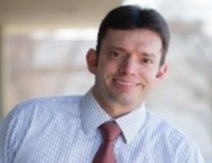