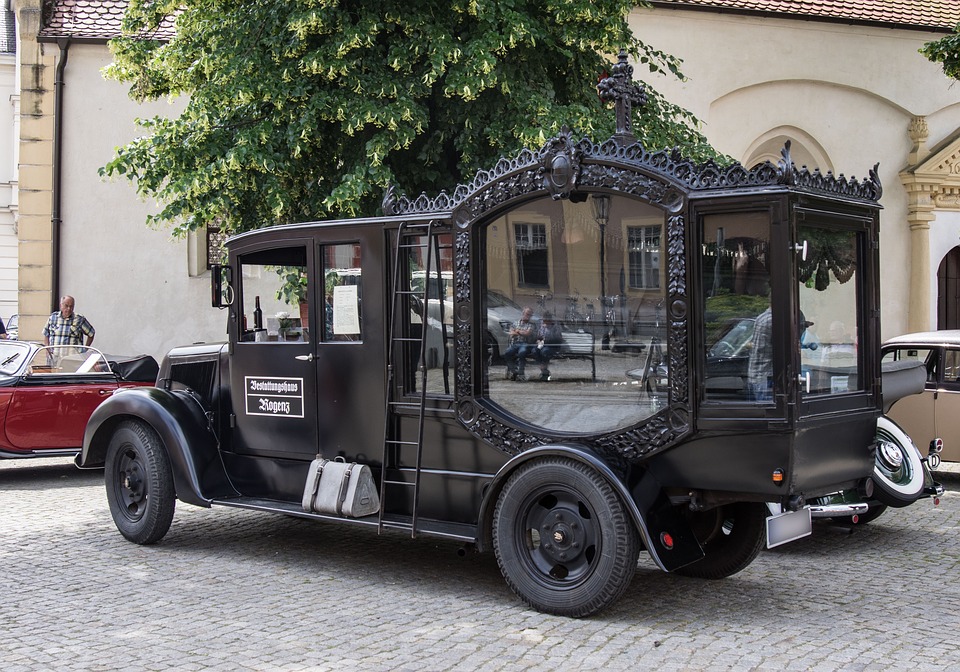 Middle Ages ca. 476A.D. to 1500 A.D.
Many of our present day burial practices can be traced to this time period.

When someone died in the Middle Ages, the body was placed on a bier or on a “herse.” The term hearse has an interesting story.

The hearse was not originally a vehicle to transport the dead, but was in fact a rake. The evolution of the hearse from, a primitive farm tool to today’s vehicle for transporting the dead, is anything but straight forward. The story begins with Roman farmers who would plow their fields with an implement called a hirpex (Latin for “rake”). The hirpex was a triangular implement made of wood or iron with raking spikes attached to one side.

In 51 B.C. when the Romans conquered Gaul, they introduced the hirpex to Western Europe, and eventually it reached Great Britain as the “harrow”. The name changed once again in the 11th century when the Normans invaded Britain, pronouncing “harrow” as “herse.” They noticed that when the rake was inverted, or turned upside down, the rake resembled their religious candelabras. The candelabra, resting on the altar, had always played an integral part in the Norman funeral service. In time, it increased in size as additional candles were incorporated to honor a rapidly growing list of saints and to celebrate new holidays.

By the 2nd century the larger herse (or candelabra) was placed over the bier during funeral services for a distinguished person. Hundreds of years later, in the 15th century, the herse had grown in size. It now measured six feet long, skewered scores of candles and was a masterpiece of craftsmanship. By that time, it had taken a prominent place on the lid of the coffin during the funeral procession.

By the 16th century in Great Britain, the wheeled cart conveying the coffin and the candelabra became know as a hearse (the later English spelling of herse) – thus, the final step in the rake’s evolution to today’s funeral vehicle. Originally hearses were carried by people. The extremely slow pace that we still see in funeral processions is often mistaken as simply a sign of respect for the dead. While this may be true today, in the 16th century, when the lighted candelabra was a ceremonial part of the funeral cortege, the slow pace which the processions took was a matter of common sense. If the bearers carried the hearse too fast the candles would blow out. It is interesting that this slow pace is still reflected in our motorized hearse’s speed. 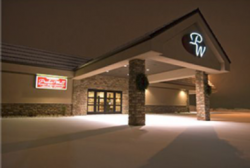 The Directors and Support Staff Members at Proko Wall Funeral Home & Crematory are here for you; in your time of need, or whenever you have concerns or questions.

For assistance in time of need, with prearrangement, or for further information, please give them a call (24 hours a day, 7 days a week).

Kindly let them know that you read this article in the Green Bay News Network.