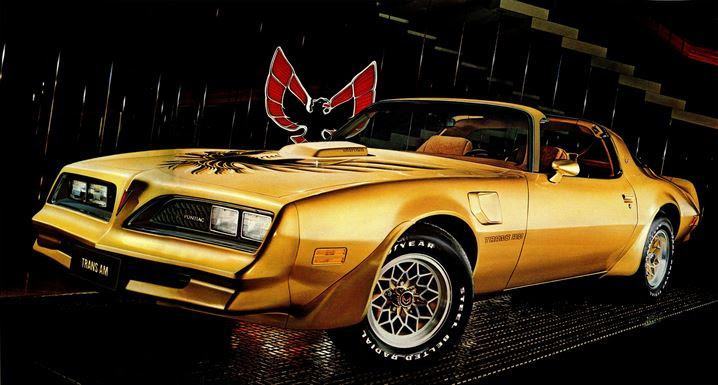 History is a crucible filled with curiosity. I find it fascinating experts, sometimes centuries removed, confidently interpret history with crystal clear vision while peering through a cloudy lens at the very factors that shaped that history.

The Pontiac Trans AM is a perfect illustration. Born as a cousin to the Camaro, no one at Pontiac or anyone else in the universe for that matter had a hint that the Firebird’s beefier brother, the Trans AM, would scale the Muscle Car mountain to stand with the greatest of all-time.

As absurd as it sounds, the Trans AM came within a whisker of being a victim of automotive amnesia.

On March 8th, 1969, the Trans AM was introduced to the world at the 1969 Chicago Auto Show. Pontiac’s plan…or hope…was stuffing a Ram Air III 400 cubic inch engine with 345 HP in the Trans AM to make it a high-caliber competitor to Chevrolet’s Camaro Z/28.

Big plans and a big engine didn’t add up to a big splash. Just 697 Trans AMs sold that first year. Those cars are worth a fortune today, but back then the Trans AM was costing Pontiac a fortune. New emission standards combined with a GM strike in 1972 had Pontiac seriously contemplating cancelling production.

Salvation came from the most unlikely place… Hollywood!

Stuntman turned director Hal Needham scribbled out a script on a legal pad and managed to pry $4.3 million (loose change by Hollywood standards) out of Universal Pictures to make a movie called Smokey and the Bandit in 1977.

Needham sweet-talked Pontiac into giving him 4 black Trans AMs to use in the film which turned out to be a stellar investment.

With box office giant Burt Reynolds behind the wheel, the movie and the Trans AM were a smash returning more than $126 million at the box office, second only to the astronomical Star Wars in 1977.

Smokey and the Bandit was box office gold and soon the Trans AM was too. In honor of the Trans AM’s 10th anniversary, Pontiac produced the ultra-rare Solar Gold Y88 Special Edition for a three-month period during the 1978 model year.

Only 7,786 Gold Special Edition Trans AMs were ever produced and now you can experience one up close at The Automobile Gallery & Event Center. The Pontiac Trans AM escaped oblivion, struck gold, and became a movie star.