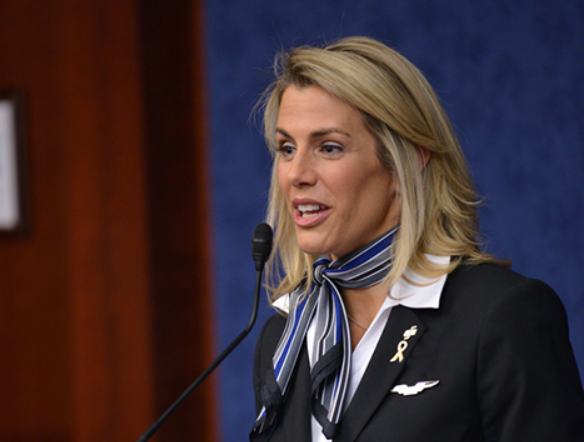 Nelson—the International President of the Association of Flight Attendants-CWA, AFL-CIO since 2014, representing 50,000 of aviation’s first responders at 17 airlines—made headlines in 2020 in a historic fight to ensure aviation workers retained their paychecks, health care, and other benefits for 16 months during the COVID pandemic, while banning stock buybacks and dividends across the industry and capping executive compensation for two years after the relief period ends.

Nelson’s presentation at 7 p.m., Oct. 26th, in Rose Hall 250, launches the first in a series of public lectures by prominent national figures at the University to speak about issues connected to democracy, justice, and labor.

The Harvey J. Kaye State of Democracy Speaker Series will consist of four featured speakers each year that span the subject matter and intellectual spirit of UW-Green Bay’s problem-focused mission. Commemorating the public engagement and broad intellectual spirit of Prof. Kaye’s career, future speakers will engage with some of the most urgent questions facing our democracy, including in the fields of workers’ rights, racial inequality, public health, technology, and journalism.

With a lens that expands beyond the political class, this series will deliver fresh subject matter and perspective to the campus and Northeast Wisconsin. 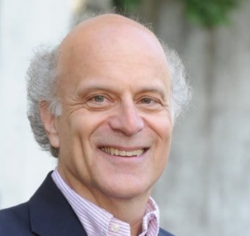 Kaye, the Ben & Joyce Rosenberg Professor of Democracy and Justice Studies, retired from UW-Green Bay in August 2020, following a 40-year career of distinguished scholarship, teaching, and service to the profession and the polity.

Throughout his career, Kaye engaged dozens of academics, journalists, and performing and visual artists to speak at the University, including renowned scholars and public intellectuals like E.P. Thompson and Frances Fox Piven; political writers and thinkers like David Brooks, E.J. Dionne, and Thomas Frank; and journalists like Michael Tomasky and Richard Brookhiser.

This series seeks to recognize and continue this important forum for thought and discussion.