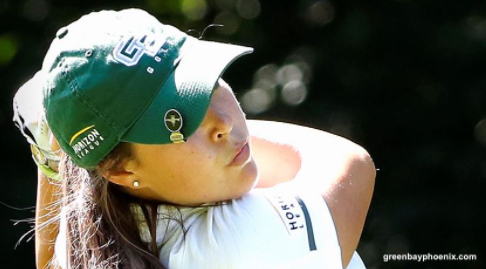 The University of Wisconsin – Green Bay Women’s Golf program added another feather in its cap, earning a top spot on the Women’s Golf Coaches Association’s (WGCA) academic top 25 list, turning in the nation’s fourth-highest grade-point-average with a 3.951.

It’s the second honor in the past few weeks for UWGB, as the program placed six student-athletes on the 2020-21 WGCA All-American Scholar team as well. Seniors Katie Warpinski, Lori Meyer, and Leah Hansen, and juniors Courtney Matschke, Ashley Kulka, and Isabelle Maleki, all earned the recognition. This marks the third-straight year that Kulka, Hansen, Matschke, Meyer, and Maleki earned spots on the academic team.

To learn more about these honors and to see how the other schools ranked, Click Here!