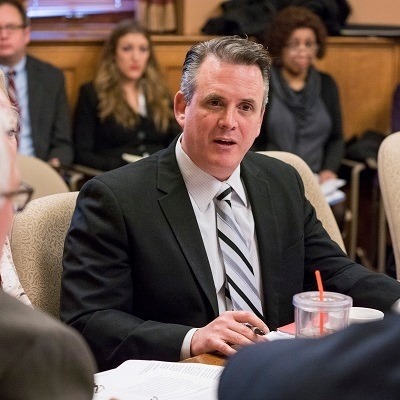 “The debate is now over” said Steffen. “The time to move forward with the decommissioning of GBCI is here.”

Steffen has led the effort to decommission GBCI for over five years, after discovering a similar state-funded facility report from 2009.

“When I discovered the 2009 report that clearly indicated the failing and costly situation with GBCI, I knew it required a solution” said Steffen. “As state leaders, we can either ignore challenges or face them head on. I wasn’t willing to walk away from my responsibilities to address this challenge, just because it was difficult.”

While Governor Evers was unwilling to support Steffen’s initial proposal in the last biennium, he is confident that his proposal will find success in upcoming budget negotiations.

“I’m now equipped with updated data and new options to address this situation,” said Steffen. “BWBR has outlined some compelling new options that would not require a new prison.”

As a part of the 400-page report, BWBR provided multiple options to handle current and future inmate bed count needs through expansions at one or more of the current facilities – all of which will save the taxpayers even more money than Steffen’s original proposal.

Among its many findings, the report includes the following facts:

“Although WCI is generally older than GBCI, there are factors suggesting GBCI should be considered a higher priority for replacement.” (page 11)

“The primary challenges encountered at GBCI are related to age and operational inefficiencies. Age has resulted in failing infrastructure systems throughout the institution that require constant upkeep and costly modernization” (page 82)

“While GBCI staff has done an admirable job of operating an antiquated institution safely and securely for many years, ongoing significant investment in infrastructure and inmate support systems will be required to continue to operate the institution. Everything from tunnels, sewer lines, and steam lines to mechanical, electrical and plumbing systems are in need of significant upgrades throughout the institution.” (page89)

“The cost-effective solutions provided by the experts is the most exciting part of the report. In my opinion, the path is now clear. It’s time to act.”

Contact Rep. Steffen’s office at 608-266-5840 or [email protected] to receive a copy of the full report and summary of report highlights relating to GBCI.