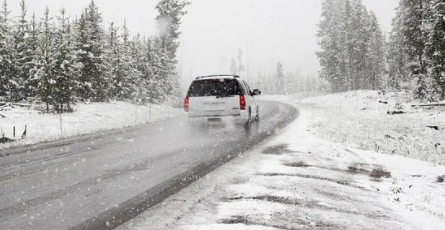 This memo is a timely reminder on what drivers can expect from winter plowing operations on County and State Highways, as well as reminders for drivers during winter conditions:

A few reminders as we settle into winter driving for the season:

Drivers should check their tires to make sure they have good traction for winter driving.

Plow crews do their best to treat the roadways and bridges ahead of time to reduce snow/ice freezing to the roadway, usually with brine solutions. Brine uses less salt on the roadway, which means less salt on your car, less salt in the environment, and less cost to the taxpayers.

We only use calcium chloride in extreme situations – our typical brine mix utilizes beet juice which includes an anti-corrosive additive. Don’t believe the comments on social media about brine!

Bridge decks tend to freeze/ice up quicker than the adjacent roadways due to the temperature differential caused by air under the bridges.

Drivers should always be cautious when crossing a bridge deck in colder temperatures (at or near freezing).

During a snow/ice event, the roads and bridges will get slippery. Plows generally take 2 to 2.5 hours per route which means they will not be able to keep the roadways from deteriorating while it’s actively precipitating.

Drivers should slow down and pay added attention during changing roadway conditions. Brown County has 39 plows, including 5 tow-plows, out on the County and State roadways covering 1,700 lane miles. If it’s precipitating, and you don’t see a plow, it just means they are elsewhere on their route.

Stay away from snowplows.

They are big, heavy, and will win in every collision. Plow drivers have a lot to pay attention to – other drivers, numerous plow wings, the snow they are plowing, etc. Please don’t make their job harder by being reckless around them. Be patient. A few extra minutes won’t kill you, but recklessly trying to pass them might.

During the storm our plow drivers do their best to keep the roads as drivable as possible.

Once it stops precipitating, then cleanup operations can begin in earnest, plowing the snow and ice off the roadways and applying salt to get the roads bare.

After a storm, plow operators can still be out for a day or two;

Cleaning drains, dealing with blowing and drifting, or pushing snow piles back (shelfing) to prepare for the next storm.

We’ll do our best plowing the roads, all we ask is that you do your best driving them.